Trousers for men, skirts and dresses for women


'The woman shall not wear that which pertaineth unto a man, neither shall a man put on a woman's garment: for all that do so are abomination unto the LORD thy God.'

As the nation has (been) turned away from Jehovah, we've seen a rise in feminism, and feminists love to wear trousers, believing it makes them somehow equal to men? That's impossible of course. Cultural pressures mean that even non-feminists mostly wear trousers these days. The madness has yet to swing the other way very much, although transvestites and others of that ilk who are male do wear skirts sometimes. They literally are an abomination to look at, but God hates it because it seeks to subvert and pervert His natural hierarchy, as laid out in the Garden of Eden, whereby woman is subject to her husband:

'Unto the woman he said, I will greatly multiply thy sorrow and thy conception; in sorrow thou shalt bring forth children; and thy desire shall be to thy husband, and he shall rule over thee.'

Women become depressed when they don't have a man to rule over them, because God gave them that desire. Those who seek our destruction want the roles reversed in order to increase the chaos that results. Family formations shrink, births drop, and the very stability of society vanishes when the natural order ordained by Jehovah is turned on its head, and clothing is simply a part of the natural order, and was adhered to by this God-fearing nation for well over 1,000 years, vanishing in the blink of an eye from the 1960s onward.

But now the evil one is taking aim at our children, as the anti-Christian crusades are now being targeted at school uniforms, and more and more schools are simply banning skirts.

The writer of that linked article is a woman, obviously one that hates men, and so she is keen to de-masculinise schoolboys and masculinise girls, by seeking to switch the clothing they wear. I see that some schools are attempting to justify these moves as a way to avoid upsetting the transgender children they have brainwashed into believing they're another sex. I'd be upset if I was a boy who thought he was a girl and saw other girls wearing skirts, surely that would be most upsetting. Like me, you may not grasp the logic of their argument, but when you're dealing with the father of lies and his progeny in state education, they don't much rely on logic, more on lies. When I was at school, any boy that fancied he was a girl would have literally been treated as mentally ill. Of course it was incredibly rare in England and Wales to see that sort of thing back in the 70s and 80s, mainly because TV and the state weren't yet promoting it to our children. Now it's heavily promoted and indeed it is now part of 'British Values' that such nonsense is forced into children's impressionable minds from a very early age (home-school your child if you want to help to save their soul and sanity).

From the Guardian article linked above:

'That schools want to move on from outmoded definitions of gender and create a safe environment for trans children is a genuinely laudable step forward. It’s just a shame that it couldn’t have happened through a braver conversation about which versions of gender identity are safe to express in public, which ones are not, and what power dynamics might lie behind those differences. I want to live in a world where boys can waltz into school wearing a full-on taffeta gown (as long as it’s in the uniform code), and the only comment anyone makes is on the quality of the needlework. Challenging boys to be more feminine is a more productive way schools can challenge the gender binary, and there’s no reason why it can’t be done. Come on, headteachers and governors: let your pupils know it’s OK for the boys to wear skirts if they want to. They have nothing to lose but emotional repression.'


It's incredible to read such nonsense, and at the same time realise that her view is now mainstream.
Perhaps you can see why Jehovah states that men and women wearing the clothes of the opposite sex is an abomination to him. He knows where it leads, He knows because he saw it when Eve was duped in Eden by the serpent.

Well, Jehovah did also tell us that our children would be cursed if we turned away from following His laws and statutes, so don't say you weren't warned, this is just the start of the storm that lies ahead, and we deserve all of it.

I still pray the South West of England will turn back to God's ways, and Wales too, the Celts of Dumnonia embraced God's word long ago, after dark times, so there is hope that we will once again turn to our God, but I suspect we have a long period of suffering ahead before we realise how badly we've let God down and before men start to realise the revival of Christian faith is literally the only way back to blessed times. In the meantime, husbands can help matters by instructing their wives to wear skirts and dresses. Try it, see what happens, you may be surprised. Then try listening to the bible, the surprises will come thick and fast.
Posted by dumnonia-watchman at 15:03 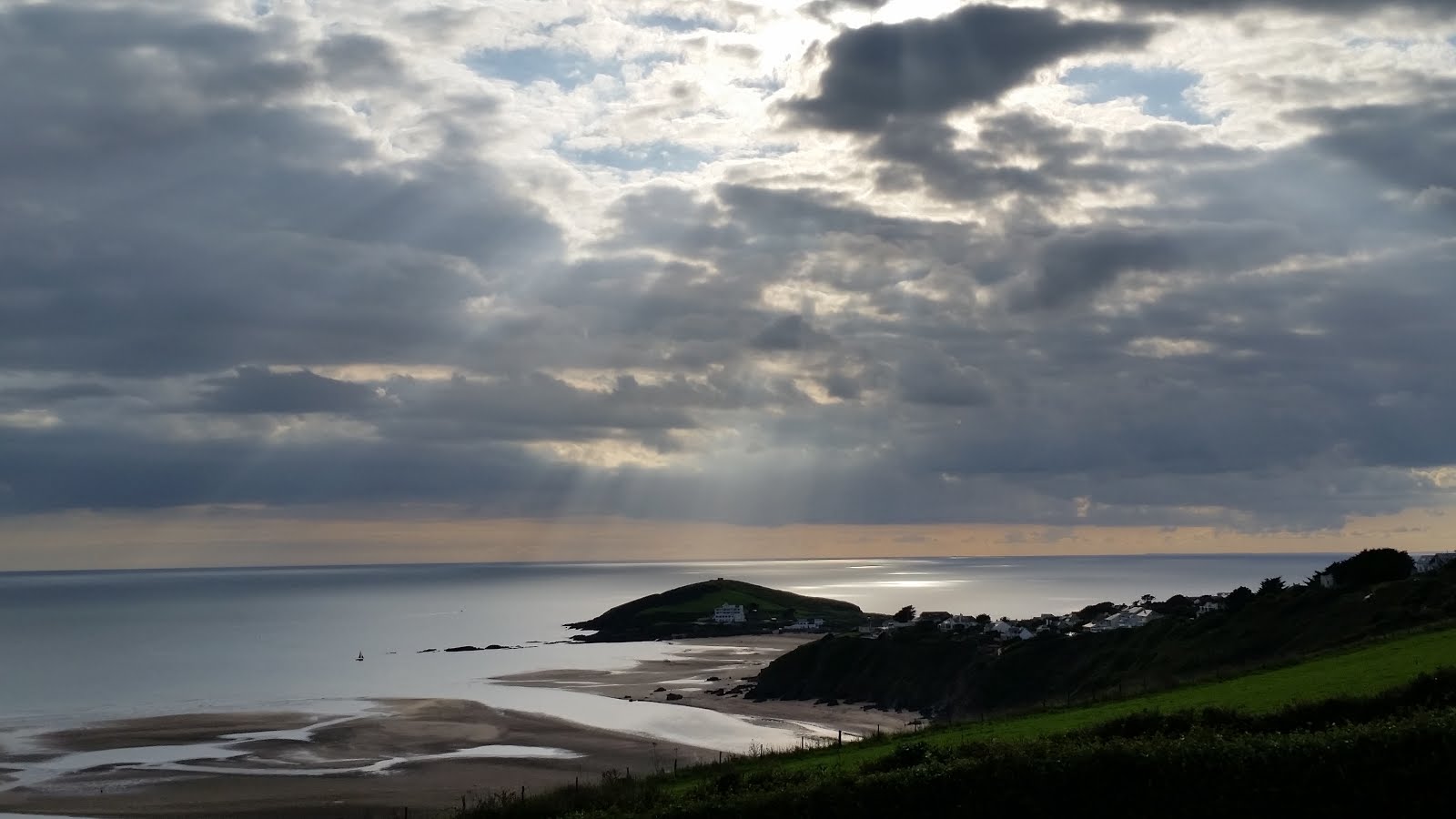